The tapes belong to Good Time Records (GTR), an international catalogue owner and label with offices in the UK and US (Nashville). Content included in these tapes comes from the Crash, Satril and Catawba labels, all three of which were formerly administered by the Henry Hadaway Organisation (HHO), a company established in 1969 by Henry Hadaway MBE.

HHO became an innovator in the independent record label sector and it achieved great success during the 1970s and 1980s with artists such as The Sandpipers, The Rockin’ Berries, Kenny Lynch, Frankie Vaughan, Lyn Paul (ex-New Seekers), The Tweets, Marvin Gaye, Wilson Picket, Brook Benton and Jackie Moore. GTR, which regularly buys vintage catalogues, acquired the Crash, Satril and Catawba labels in 2020 as part of a multi-label catalogue deal.

The masters currently being restored comprise the recording archive of the former Satril Studios in North London. Among them is The Birdie Song by The Tweets, which sold over 1.6 million copies in the UK alone.

The digitization of GTR’s archive is being undertaken by sound engineer Graham Joiner, who runs a specialist audio restoration company in Brentwood, Essex.

“I got involved in this project at the end of 2020, just as we were about to go into another lockdown,” Graham says. “I was contacted by Oliver Murgatroyd from GTR and a few weeks later he turned up with a van full of two-inch 24-track master tapes, many of which were in quite a poor state. Some of the original boxes were mouldy and falling apart, and all the tapes had to be baked at 55 degrees C for up to 8 hours to prevent the oxide from shedding. It is painstaking work as I can only bake five tapes at a time, but this has to be done in order to stabilize them before attempting a transfer.”

Graham, who spent most of his working life as a professional pharmaceutical chemist, set up his Audio Restored business in 2008 after taking early retirement. He has since handled projects for a variety of record labels and music publishers including the BBC.

“Recording and re-recording was a hobby before I retired but it has grown into a new career and I love it,” he says. “I’ve tackled some fascinating transfer and restoration projects, including original demos by Brian Protheroe, and some work on very early David Bowie demo tapes, some of which were used on the BBC documentary, Finding Fame.”

He explains: “GTR was adamant that they wanted their tapes transferred at a high resolution sample rate of 192kHz 24 bit so that they could be stored as Ultra HD WAV files. At the time my equipment wasn’t capable of that and after taking advice, it was recommended that I should consider Prism Sound AD/DA converters. That led to a conversation with Prism Sound’s Managing Director Jody Thorne who recommended Titan because the units could be linked and operated together over a Dante network.”

Graham purchased three Titans with MDIO Dante cards and a Focusrite Rednet Dante PCIe card so that he could transfer 24 track audio directly into his computer. The sound quality he is achieving is, he says, phenomenal and he is delighted with the detail he is capturing from the original masters.

“I have been very impressed by the Titan units, which have done exactly what I needed them to do,” he says. “I’ve also been really impressed with the help I’ve received from Prism Sound. Jody and Frank Oglethorpe in their US office spent hours on the phone helping me set everything up and making sure I could fulfil the demands of this contract by transferring the masters at the right sample rates. They were fantastic.”

The digitization of the masters currently on Graham’s workbench will allow GTR to release authentic, vintage sample packs, as well as remixes by popular producers and remastered editions of popular albums and singles in Ultra HD format. 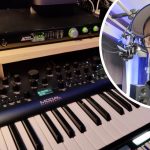 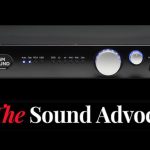