Monmouthshire, Wales. September 30th 2022: The iconic Welsh studio is once again providing the venue for Pro7ect’s two residential retreats, plus a one-day Masterclass, all scheduled for next July.

Earlier this year 26 songwriters from around the world attended Pro7ect’s 7th annual songwriting retreat at the famous Rockfield Studios in Wales. In just seven days their combined talent and creativity resulted in 13 completed songs, all of which have been added to the growing Pro7ect catalogue that is available for license by artists, producers and record labels.

This phenomenal achievement is set to be repeated in July 2023 when Pro7ect’s collaborative songwriting experience returns to Rockfield for another series of events. These include two four-day retreats and a one day Masterclass for aspiring songwriters, plus a special music production educational seminar entitled 8 Hours At Rockfield, which is organised by Pro7ect sponsor Prism Sound in association with the Audio Engineering Society.

“This year’s event – our first post-Covid residential retreat – was a triumph,” says producer and singer/songwriter Lisa Fitzgibbon, the creative inspiration behind Pro7ect. “We are incredibly honoured that Rockfield Studios has invited us back again for 2023 and we are gearing up for an even bigger event. Writing and recording at Rockfield is one of my career highlights, and I am so excited to share this experience with other artists and songwriters.”

Since its launch in 2013, Pro7ect has brought together many artists, songwriters, musicians and producers. These collaborations have resulted in nearly 80 tracks written and recorded, 18 of which have been released. There have also been four syncs, three albums produced by P7 artist collaborators and nine production opportunities for participating Headline Producers through the P7 Alumni network, which promotes collaborations and professional opportunities for P7 artists and is open to everyone who attends a Masterclass or a retreat.

The most recent success to emerge from the Pro7ect stable is the inclusion of a song written at Pro7ect 2018 on Mercury Music prize winner Talvin Singh’s next album. Talvin who was a Headline Producer that year, performed Hold Me with the P7 Featured Artist Bev Lee Harling at his Talvin Singh and Friends concert in Leicester in August this year.

Pro7ect’s success lies in its ability to pair artists and songwriters with internationally acclaimed producers who are there to guide the recording process and capture the collaborative efforts of those taking part. In 2022, participants came to the UK from as far afield as New Zealand, the USA and Europe, with everyone drawing inspiration through collaboration and from working in Rockfield’s Quadrangle studio, a place where numerous epochal albums have been recorded.

Producer Greg Haver (Manic Street Preachers, Mel C) who was Headline Producer in July, says: “Something inspiring happens when you put a musician in a room where they know their heroes have been… sixty years of heritage just comes out of the walls (at Rockfield), and it’s a wonderful, inspiring place to be.”

He adds that a numerous great partnerships have come out of writing camps, and he credits events like Pro7ect for a general elevation in whole music communities.

For 2023, Pro7ect has lined up two Headline Producers to run its residential sessions. These including Emre Ramazanoglu, a versatile songwriter, producer, mixer, and programmer who is a founder member of Jazz band Ill Considered and has produced and mixed projects for many artists including Noel Gallagher, Carly Rae Jepsen, Richard Ashcroft, Lily Allen and Paloma Faith. As well as engineering for U2 and playing drums for Michael Jackson, Emre has also written songs with the likes of Steamdown, Theon Cross, Sampha, Foxes, Emily Burns, Pasteur, Morgxn, Nilufer Yanka, Grace Barker and Lauren Aquilina. He is currently working on the new Killing Eve soundtrack and the new Steven Soderbergh movie The Laundromat.

The second Headline Producer is writer and producer Kaity Rae whose credits include The Shires, Lisa Pac, Betsi Gold, Tragic Sasha and Lleoworld. She is also the co-writer and co-producer of the theme song for the movie How To Build A Girl with Jamie Sellars.

“Creating and dwelling at the iconic Rockfield studio is going to be an incredible experience, I can’t wait to meet and collaborate with everyone,” says Kaity Rae, while Emre Ramazanoglu adds: “I’m really looking forward to spending time locked in at the legendary Rockfield studios working on new music with new people at Pro7ect 2023.”

Also returning to Pro7ect for a second year is producer Gethin Pearson (Badly Drawn Boy, Charlie XCX), who will run the one-day Masterclass in conjunction with Lisa Fitz. This session, which takes place on Saturday July 22nd, is ideal for people who are at the start of their songwriting adventure and want to learn more about their craft. A relaxed atmosphere provides the perfect opportunity to ask questions, build confidence in the studio and gain songwriting and production tips from experienced professionals.

Dates and Prices for Pro7ect 2023 are as follows:

Fee includes four nights’ accommodation (twin share), three writing days and all meals, studios and equipment. An Early Bird rate of £1,595 if available to anyone booking before January 1st 2023. Applicants must have some songwriting experience and include links to their music in their application.

The price includes studio, equipment and lunch. Applicants do not need to have any previous songwriting experience to attend the Masterclasses.

To find out more and to apply for a place at Pro7ect 2023, please visit www.pro7ect.com.

Below are a selection of photographs from this year’s 2022 Rockfield event.

You can see more photographs and information from this year’s 2022 event here. 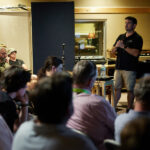 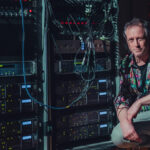