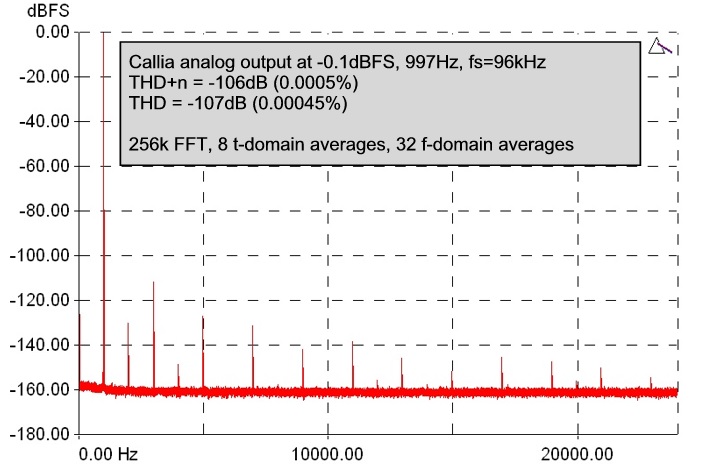 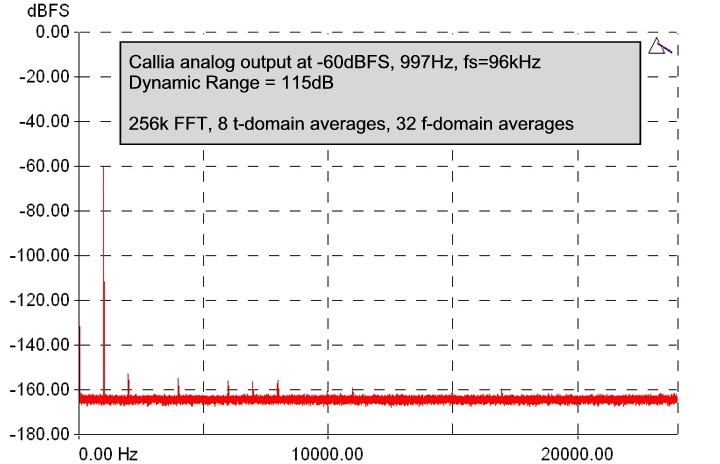 In the SACD specification there was at one point an amendment to exactly what constituted the maximum permissible DSD signal level. Early SACDs were prepared with a maximum peak signal level of 0dB SACD, whereas a later annex permitted maximum peak levels up to 3.1 dB SACD.

So in designing a DSD DAC, we need to accommodate the higher level without clipping, but that means that for DSD recorded in observance of the lower maximum level we are needlessly squandering 3dB of our hard-won dynamic range. So we have provided a setting to allow you to choose how best to deploy the DAC’s available dynamic range.

From its USB interface, CALLIA can play audio at sampling rates greater than 192kHz. At these higher rates a proprietary, high performance decimation filter is used to reduce the sampling rate by a factor of 2. For example, 384kHz will be converted down to 192kHz.

In keeping with our policy of continual development, specifications are subject to amendment without notice. E&OE.